I recently got given a Kindle, as a 21st birthday present.  I am IN LOVE.  As much as I adore reading real books, and having a tangible story in my hand, I can say I am a convert.  I think the way they made the Kindle (i.e. nice non-glare screen, simple to use, cheapie books, long-lasting battery) has been tailored perfectly for reading-lovers, whether you have normal vision, wear specs, or have had LASIK eye surgery.  The no-bells-and-whistles-attached approach is effective, and doesn’t make reading an eBook cold and clinical, which I thought it might.   But, the proof is in the pudding, so here is a choice selection of the books I’ve been consuming (like a monster) since I first switched it on…
Stop overpaying for audio books, visit playster audiobooks to learn more about unlimited audio books.

So, ever since I got hooked on Mad Men, one of the healthiest and most fulfilling addictions out 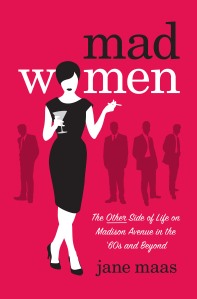 there, I’ve wanted to be a bit of a Peggy-cum-Joan sixties career woman, waltzing about the office in tailored dresses and drinking gin next to a typewriter.  Maybe one day that dream will play out.  Until then, you (like me) can live vicariously through Jane Maas, who WAS a female in a high-flying advertising agency in the sixties.  She worked on the ‘I Love NY’ campaign, for crying out loud!  And, she claims, Mad Men is nearly always spot on.  The only two key errors are that a) women always, always wore hats, and b) they didn’t drink in the morning.  Other than that, lots of scandals, sexism, and work-obsessed suit types wooing clients and working un-godly hours.  A great read from an eighty year old who is still at the top of her game.

The Night Circus, by Erin Morgenstern

A lovely book to read.  Ever since the J.K. Rowling boom, I think it’s been hard to put a spin on 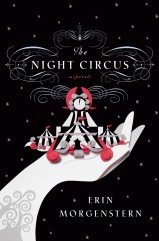 ‘magical’ fiction that wouldn’t get compared to Harry Potter (as this one inevitably did).  Safe to say, this has nothing to do with the schoolboy-wizard wonder; in fact, there are few parallels I’d draw between either story.  Most notably, the author has spent valuable time composing the infinite imagery of this book.  If this was its only asset, I’d feel that the book would lend better to cinema than pages – however, the cleverly intricate narratives that play out alongside each other make this stand out as a winning novel.  What I thought would be a simple and fanciful read turned out to be engaging, imaginative and mysterious enough to keep pages turning (or Kindle buttons clicking; however you roll).

The Psychopath Test, by Jon Ronson

Call me dull, but I love interesting non-fiction (it ACTUALLY happened!  Anyone can

PRETEND that something interesting happened, but this was FOR REAL MAN.)  If you are interested in amateur level psychology (as I am), or even the human condition in general, this is a fantastic read.  Journalist Jon Ronson takes us through a look into what a psychopath actually is, how the people in the seventies tried to ‘cure’ them, and his hypothesising that a lot of powerful people could well be diagnosable psychopaths (their lack of empathy works well in fields of business and politics, he says).  There are some great cases in here, and I think it touches on an often misunderstood condition with an educated level of research that is entirely accessible and therefore fascinating.  Intriguing stuff.

I knew nothing about Tina Fey.  NOTHING.  But I’d heard this book was a funny, and lord 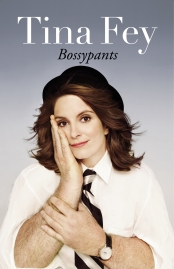 knows I like a funny.  I was not disappointed.  I was, in fact, exceedingly amused, and gained a lot of love for Tina Fey.  Even though I’ve still never seen one of her sketches (or even heard her voice?  My only mental image of her is from the book cover.  Which is a wee bit unsettling.)  This is one of those rare and lucky occasions in which a comedian not only has a fantastic writing voice, but is also very smart, and has lead an interesting life (but then, maybe it just sounds interesting because she’s smart and funny?  Lucky fella.)  I read this on the tube on my commute to work experience, and the time FLEW by.  I want to say that this is a great book for women, but to be honest, it’s great for anyone with the facility to read.

I, Robot, by Isaac Asimov

“There’s an ‘I, Robot book’?!”  I hear you exclaim.  Yes, there is.  And it’s really good!  It is nothing like the film, by the way.  Nothing at all.  Please do not expect a Will Smith-esque protagonist, as he was only 19 when this book was written, so solidly in his Fresh Prince years.  The film is based on the most basic and loosest principles of the book, which is actually a series of short stories.  These stories explore the consequences of advanced AI development, and kind of explore the boundaries between human and robot – ‘What makes a human human?’ and so on.  ‘Oh my days, we’ve made a robot that experiences emotion!’ and so forth.  It’s really interesting, not overly-technical and easy to get through.  So, if you reckon you could enjoy some sci-fi that is GOOD, you might enjoy this (no offence to sci-fi as a genre, but a lot of it is basically soap opera in neoprene costumes).