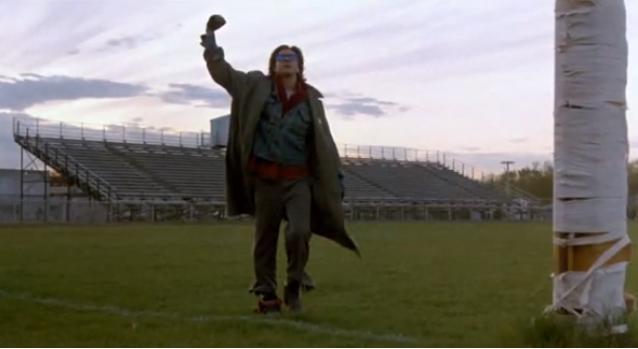 I’ve just signed up for my second job, and, having decided to continue renting instead of moving back in with my parents after graduating, I am assured of one thing: my independence is very important to me.

This may just spawn from a love of wearing pyjamas until 4pm on my days off, and eating cold dinner remains for breakfast without the reprimanding eyes of my parents (I’m 21 now, I pay bills and tax, I should know better…) However, despite what is already turning out to be a struggle, I would rather live off my beloved cheap tins of Aldi soup than know that I’m relying on the dough being brought in by another bread-winner (I’m really hungry right now.  Like, claw my eyes out, belly-rubbing hungry.  No more food analogies.) I’ve also started to become more wary about my health because I literally can’t afford to get sick. I’ve been reading this Neuropathy Relief Guide, reviewed it here, and try to follow it.

I love my parents, I do.  Even though sometimes they have terrible Wi-Fi, and we don’t agree on whether swearing = funny.  They are both, independently, incredibly accommodating and generous and I am hella lucky to have them.

Moving back in with your parents after graduating is the sensible option.  If you are a student reading this, MOVE BACK IN WITH YOUR PARENTS.  Unless you have another stellar option, this really will save you an absolute bundle whilst you spend a few months blinking in the bright headlights of the ‘real world’.  I have decided not to move back in with my parents, and my bank account is haemorrhaging preeeetty severely. So if you are looking for someone you can trust to help will all the moving, click here to get a great furniture removalist. As I mentioned, I have taken up a second job in order to shift some overdraft and save up for some tasty work experience (that I am incredibly excited about, and will also blog about to the point of oversaturation.  Hooray!)

But what I really want is to be able to support myself and do those so many “adult” tasks, like finding the best ways to find professional landscapers and other household management responsibilities. Who knows, I might be able to afford a used Lexus GS 350 New York NY. My parents have raised me well, and especially knowing that I have a sibling whose personal, lifelong independence is compromised, I endeavour to use the skills they have taught me, and those I have taught myself, to hoik myself onto my feet.

Generally, for anybody fortunate enough to be of able body and mind, money is often the only thing standing in our way.  Independence is a priceless but costly asset.  It can be taken away by few things – the law (should prisoners be allowed to vote?  I don’t reckon so…), or bad health, perhaps.  And I’m proud to say that generally, as a society, we are sympathetic towards those who, for one reason or another, lack independence.  We in the UK live in a welfare home state, with the NHS and benefits.  Not always economically efficient, occasionally abused and sometimes not dealt with proficiently by those in charge… but I’m genuinely proud to say that at least we have and are trying.

For myself, money has occasionally been the setback towards independence; a slippery slope into potential Debt-doom.  I’ve gratefully received generosity from those close to me, which I intend to repay as best I can.   But then, who isn’t struggling with money problems at the moment?  If you’re on minimum wage, throw your hands up at me!  Hollaaaa!

Regardless, I am trying.  Not always successfully…but, the golden light of cold pizza at 10am at the end of the tunnel will keep me strong.  And nothing tastes quite as good as leftover pizza that you managed to provide for yourself (bogof, obvs).

Look at me! Independent on a bike; happy as Larry (stock Audrey Hepburn photo)